Fat Freezing – What you Need to Know About CoolSculpting

CoolSculpting or Fat Freezing is, in some respect, the way of the future. Developed by medical researchers at Harvard, this non-invasive, non-surgical procedure removes excess fat by lowering the temperature of the targeted area. The temperature is lowered just enough for the fat cells to freeze and die off without affecting the rest of the body.

What is CoolSculpting and How does it Work?

The Benefits of CoolSculpting

What are the Risks and Side Effects of CoolSculpting?

Who is a Candidate for CoolSculpting?

How Much Does CoolSculpting Cost?

What is CoolSculpting and How Does it Work?

The CoolSculpting treatment is a non-invasive procedure that uses fat freezing technology to lower the temperature of affected areas to allow the excess fat tissue to freeze and ultimately die. Over time, the body naturally processes the dead fat cells resulting in a 25% loss of fat in the targeted area.

CoolSculpting is used to treat many areas; upper arms, stomach, inner thighs, outer thighs, and double chin. CoolSculpting results are seen in under a month after the first session.

The Benefits of CoolSculpting

Losing weight can prove impossible for some body types. Endless hours at the gym and countless fast-food encounters avoided only to see small results. People that experience such difficulties lose motivation and quit, but there are different methods of weight loss. Now for some liposuction is a great alternative but it can be a lengthy process, surgery and recovery.

For reasons such as health and financial positioning, people use the CoolSculpting procedure as a solution. There is a long list of benefits when it comes to this procedure.

The CoolSculpting procedure is FDA approved and shows a consistent strike rate of eliminating 20%-25% of fat from targeted areas.

The treatment is a non-invasive, non-surgical procedure which means no incision, no anesthesia and next to no recovery time. Removing the element of surgery is beneficial for individuals that cannot go into surgery due to health reasons. Building on the benefits of zero surgery; there is virtually no pain involved. While Cosmetic Avenue ensures no pain during any surgical procedures as patients are given anesthesia, there is almost always discomfort experienced during the recovery process.

There is No Recovery Process

A common motivation to lose weight is the hasty advance of the summer period, where guys and girls go to the beach, exposing a bit of skin and ultimately not wanting to feel insecure about it. With CoolSculpting, there is no recovery process; you could exit the practice and head straight to the beach if your heart so desired.

With the fat freezing treatment, you will see relatively quick results around 8 to 12 weeks after the procedure.

Other invasive procedures usually target one area at a time to reduce the recovery impact. With the fat freezing treatment you can target multiple areas in one session including the upper arms, stomach, inner thighs, outer thighs, and double chin. 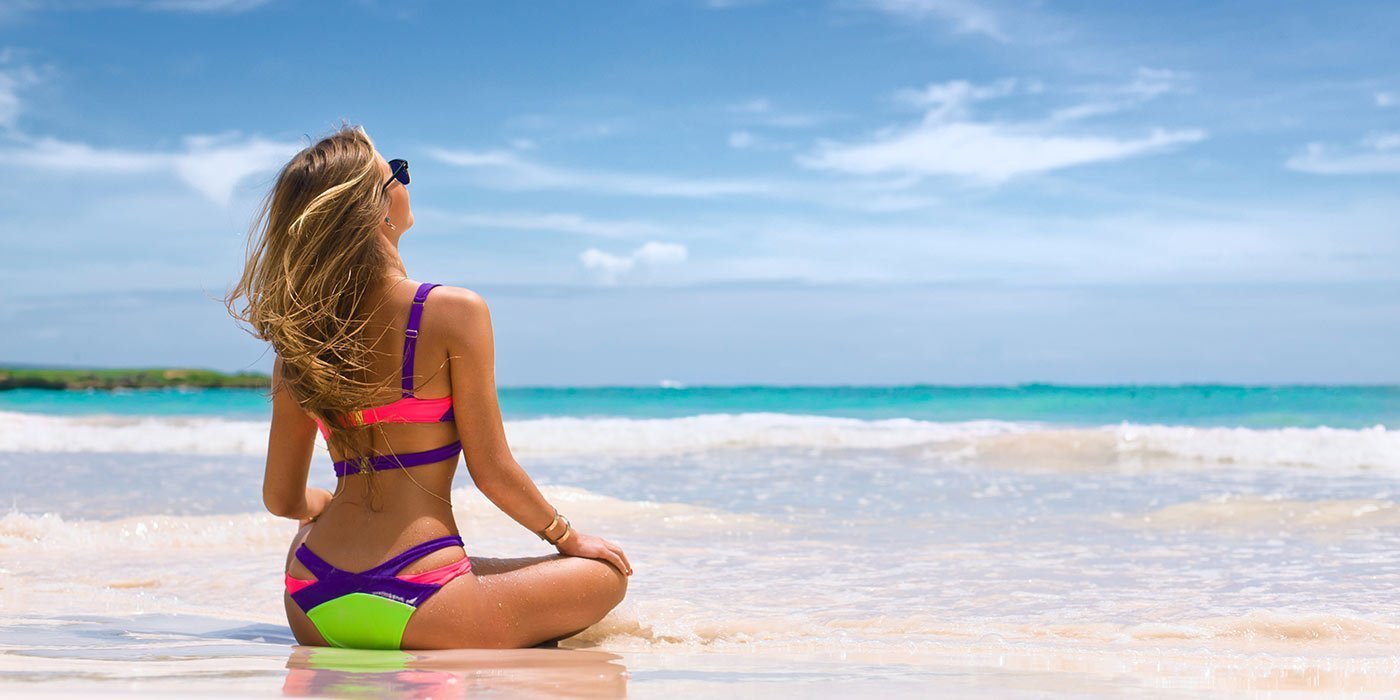 What are the Risks and Side Effects of CoolSculpting?

A Tugging Sensation During Treatment

While the procedure is virtually painless, there may be a tugging sensation that could cause a small amount of discomfort. The CoolSculpting treatment is performed by placing a roll of fat from the targeted area between the two cooling panels.

Stinging and Aching After the Treatment

Due to the cool temperatures that the skin tissue experiences, studies have shown that a small percentage of people experience stinging around the affected area. Conclusively, the study found that the stinging lasted, on average, 3 -11 days and disappeared without any further treatment or medication.

Other physical side effects caused by the cold temperatures included temporary redness, bruising and swelling.

Other than being a mouthful, Paradoxical Adipose Hyperplasia is an extremely rare side effect of CoolSculpting. After the treatment, the fat cells increase in size instead of dying, almost as a defence mechanism to the fat freezing treatment. It is not clearly understood why the body does this or how but research shows that it occurs in less than 1 % of individuals that experience the treatment.

Most patients that experience Paradoxical Adipose Hyperplasia turn to alternative procedures like Liposuction.

Who is a Candidate for CoolSculpting?

The ideal candidate is roughly 5 – 10 kilograms over their recommended weight. It’s crucial to remember that the CoolSculpting procedure is not a means of weight loss and losing weight through exercise and dieting is favoured. The CoolSculpting treatment is for those that experience stubborn and noticeable bulges in areas that refuse to go away no matter the rigorous training and dieting.

CoolSculpting is an extremely safe procedure, and that is one of the reasons it’s so popular, but the treatment should be avoided by people with conditions such as; Cryoglobulinemia, Cold Agglutinin Disease, and Paroxysmal Cold Hemoglobulinuria.

How Much Does CoolSculpting Cost?

If you’re on the fence about the treatment, why not call up and book a free consultation, chat with one of our experienced surgeons and find out what Cosmetic Avenue can do for you.

At Cosmetic Avenue we believe that ‘Confidence is the Ultimate Freedom’. Our mission is to give you the confidence you deserve by providing premium cosmetic procedures and an incredible client experience.